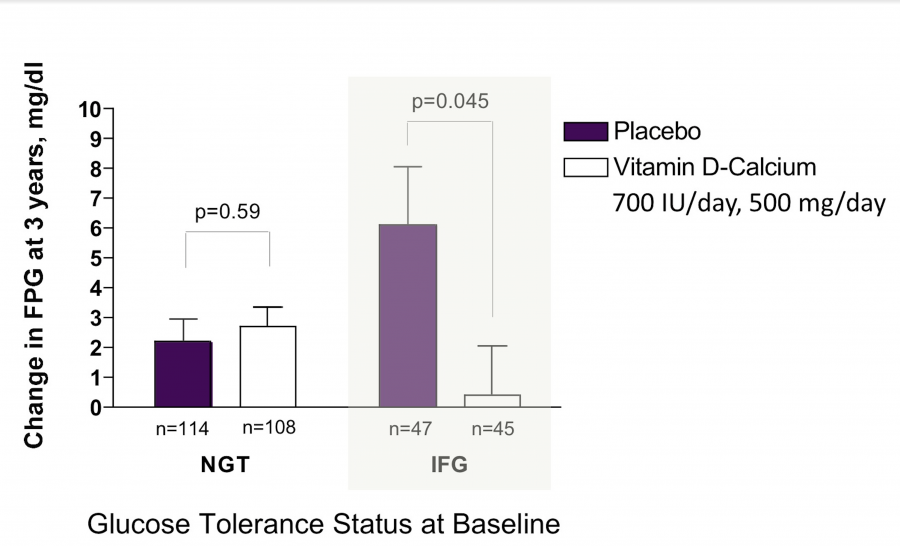 In a post-hoc analysis using data from a completed trial, vitamin D and calcium supplementation given over 3 years improved insulin resistance and fasting blood glucose in non-diabetic adults aged 65 who had impaired fasting glucose (IFG) at baseline (see figure). There was no effect among those with normal glucose tolerance (NGT), which is not surprising because if function is normal, nothing will make it “more normal”.

We concluded that in healthy, older adults with prediabetes (as defined by abnormal fasting glucose levels), supplementation with calcium and vitamin D attenuates increases in glycemia and insulin resistance that occur over time. However, our team cautioned that our findings should be considered hypothesis generating and need to be confirmed in randomized trials specifically designed for the outcomes of interest. We subsequently conducted such trials.